CAUSES OF THE FRENCH REVOLUTION

The French Revolution was a major event in the history of Western societies, and has had a profound effect on the world today.  Beginning in 1789, the French Revolution saw the French people overthrow their absolute monarchy and bring about a republic that was based on the principles of equality, liberty and fraternity.  In general, historians agree on several different causes of the French Revolution, including: the history of the estates-system, resentment towards the absolute monarchy of Louis XVI, the impact of the Age of Enlightenment, the weather conditions before 1789 and the economic crisis that France faced under Louis XVI. 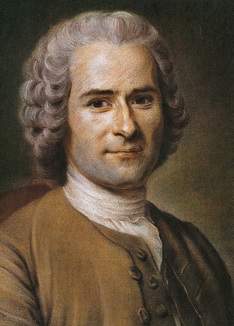 ​The ideals of liberty and equality, that were needed to overthrow Louis XVI, emerged first from the writings of important and influential thinkers of the Age of Enlightenment. Specifically, the writings of John Locke, Jean-Jacques Rousseau and Baron de Montesquieu greatly influenced the revolutionaries in France.  Each of these three Enlightenment thinkers questioned the traditional authority of an absolute monarch and argued against the rigid class divisions of feudalism, or the estates-system, present in France.  Their questioning of authority and the role of the government inspired the revolutionaries, and ordinary citizens, of France.  In fact, the ideas of many Enlightenment thinkers were commonly discussed and debated in the salons of France, in which intellectuals and would gather to discuss the ideas of the day.  For example, John Locke argued that a leader may only govern a society if he has the consent of those he is governing.  This idea caused people to question the legitimacy of Louis XVI to rule when he did not have the support of many of the citizens within France.  For his part, Rousseau argued against all class divisions in society, which caused French citizens to question the absolute monarchy of Louis XVI and the unequal nature of the estates-system.  Finally, Montesquieu advocated for a system of government based on a separation of powers with three branches of government, including: executive branch, legislative branch and judicial branch.  This model of government directly challenged the authority of the king because it involved his power being divided into three parts and others gaining more authority.  Again, this idea caused French citizens to begin to question the authority of their own king and to begin to think of other ways of government.

HISTORY OF THE ESTATES SYSTEM

The second major cause of the French Revolution is the history of the estates system in France.  In the 1780’s the population of France numbered about 24,700,000, and it was divided into three estates.  The estate to which a person belonged was very important because it determined that person’s rights, obligations and status.  Usually a person remained in one estate for his or her lifetime, and any movement from upwards in the estate system could take many generations.  This is the period before the French Revolution and is a time known as the Ancien Regime.

The First Estate was made up of the Roman Catholic clergy who numbered about 100,000 in the 1780’s.  The clergy included people such as: monks, nuns, parish priests and bishops.  The clergy was divided in that the higher church positions, like bishops, were held by members of the nobility, while positions in lower clergy were often held by members of the peasant class.  The Church had many privileges, including the collection of tithes.  Tithes are one-tenth of a person’s income which is formally taken in support of the church and clergy.  Also, the Church did not pay land taxes, even though it owned about 6% of the land and was very wealthy.

The Second Estate consisted of the French nobility, which numbered about 400,000 people.  The nobles owned about 20% of the land and had many feudal privileges.  For example, they were exempt from paying many taxes and were allowed to collect dues from the peasants.  The nobility occupied most of the powerful positions in the army, Church and government.
​
All other people in France, about 98% of the population belonged to the Third Estate.  This group included: merchants, lawyers, poor laborers, and ordinary peasants.  They paid most of the taxes collected by the government but were generally looked down upon by the nobility.  They resented the power of the Church and the nobility.

By 1789, the estates system had begun to anger the citizens of the third estate as they resented their position within French society.  The third estate was forced to pay heavy taxed while the other two did not and many in the peasant class felt as though they were being crushed by the clergy and nobility.  In fact, images produced at the time display the burden that the top two estates placed on the third estate.  New ideas on society from the Age of Enlightenment caused citizens from the third estate to begin to question the estates system and this helped lead to the outbreak of the revolution.

The next major cause of the French Revolution was the absolute monarchy of Louis XVI and resentment that French citizens felt towards the authority of the king.  An absolute monarchy is a form of government that involved society being ruled over by an all-powerful king or queen.  The monarch had complete control over all aspects of the society, including: political power, economics, and all forms of authority.  The monarch was able to maintain absolute control over the society with the addition of feudalism, which involved people being placed into different estates of power, such as: clergy, nobility and peasants.  Similar to other absolute monarchs, Louis XVI ruled France based on the principles of hereditary rules and divine right of kings. Hereditary rule meant that the monarch received their position due to their birth and as one in a long family line of monarchs.  For example, Louis XVI became King of France in 1774 when his grandfather Louis XV died.  As well, medieval European absolute monarchs included the practise of divine right of kings, meaning that the monarch derived his or her power from god.  This furthered the power of a monarch because it ensured that the king or queen did not get their power from the people, and therefore the people had not control or say over the monarch’s rule.

Similar to the earlier discussed estates system, in the years before the French Revolution, the people of France began to question the authority of Louis XVI and his absolute monarchy.  New ideas during the Age of Enlightenment, caused people to consider other forms of government based on the ideas of equality and liberty, which went against the rule of the king.  This led to people judging Louis XVI and his inability to solve the issues facing the country at the time.  To make matters worse, Louis XVI was not respected as a leader, as he was known to be indecisive and shy.  As such, the French citizens resented his authority and the history of the absolute monarchy in France which led to people revolting in 1789 at the outbreak of the French Revolution. 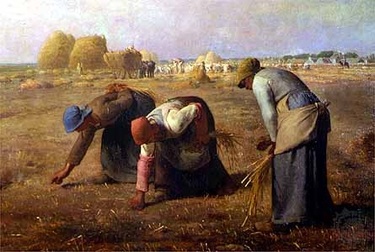 The fourth major cause of the French Revolution was the impact that weather conditions had on the French crops in the years immediately before the outbreak of the revolution.  More specifically, in the decade before the outbreak of the revolution France experienced drastic shifts in the weather that negatively effected the food production of the country.  For example, on the 8th of June in 1783 the Laki volcano in Iceland erupted and sent ash high into the atmosphere which spread across the skies of Europe.  As a result, the winter of 1784 was severe in Europe and the following summers included extreme droughts that caused poor harvests and famine.

France itself experienced another series of poor harvests in 1787 and 1788 with extreme winters.  For example, the winter of 1788 was the coldest in decades which froze and ruined stores of grain and other food items.  As well, heavy snow blocked roads and made transportation incredibly difficult across the country.  As the spring approached and the snow melted, many areas of France flooded and led to worse harvests, as farmers struggled with fields that were under water.  All of these hardships were felt the most by the poorest in French society.  The peasant class of France worked the fields and depended on the production of yearly grain harvests for their subsistence.  After nearly a decade of dramatic weather and poor harvests, the peasants were suffering to survive day-to-day life in France.

This was all made worse when, the poor harvests caused the price of flour to increase dramatically, thus also causing the price of bread to rise.  Bread was the staple food for most French citizens and vitally important to the working class people of the country.  Historians have noted that by 1789 peasant farmers and the working class of France were spending upwards of 90% of their daily income on just bread.  In general, all of these burdens led to the peasants of France feeling anger and resentment towards the monarchy of Louis XVI and his inability to solve the food crisis.  For example, in October of 1789, a mob of Parisian women marched to the king’s palace in Versailles in protest of the high cost of bread and the king’s lack of attention to the problem.  This eventually resulted in the imprisonment of Louis XVI and his family in Paris and helped expand the ideals of the revolution.

The final cause of the French Revolution was the economic crisis that France was facing in 1789.  Throughout the 1700’s France participated in a series of expensive wars, especially against Britain, its long-time rival.  For example, during the American War of Independence against Britain, France allied itself with the United States and helped support the American war efforts.  France’s support of the war was expensive and caused the country to push itself into bankruptcy.  This action by Louis XVI proved costly, as his decision to assist in the war would eventually cause him to face a financial crisis in his own country.  As France slipped into crisis, Louis XVI tried to solve the country’s financial woes by forcing increased tax rates on the citizens, including new taxes for the nobility.  However, Louis XVI did not anticipate the consequences of this decision as the French nobility worked to block his plans and the third estate’s anger with the absolute monarchy of the king grew more intense.

Another major cause of France’s economic crisis was the expensive lifestyles of the French absolute monarchy’s of the 17th and 18th centuries.   For example, the construction and remodeling of the Palace of Versailles throughout these centuries incurred a huge cost to the country.  First built by Louis XIII in 1623, the palace saw extensive renovations and additions over the next 155 years, including a new theater built under the direction of Marie Antoinette in the years before the French Revolution.  Recent studies have suggested that the construction of the Versailles Palace cost France over $2 billion USD in today’s value.
​
These large expenditures by the French monarchy angered the peasant class of France and directly led to the outbreak of the French Revolution.  The peasants of the third estate resented the wealth and privilege of the king and queen and viewed the cost of the monarchy as expensive and wasteful, while they suffered under the estates system.  As well, rumors of the expenses of the royal family, especially Marie Antoinette, created anger among the working class and helped spark the violence of the revolution.