THE DIRECTORY OF THE FRENCH REVOLUTION 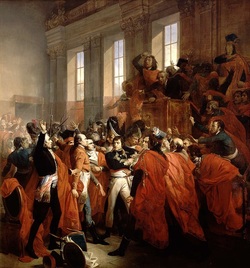 Beginning in 1789, the French Revolution saw the French people overthrow their absolute monarchy and bring about a republic that was based on the principles of equality, liberty and fraternity.  Throughout the years of the revolution, there were four different revolutionary governments, including: National Assembly, Legislative Assembly, National Convention and the Directory.

The Directory formed in 1795 following the end of the National Convention and the excesses of the Reign of Terror and the Committee of Public Safety.  It lasted until November of 1799 when it was overthrown by Napoleon Bonaparte.  The Directory was controlled by five ‘directors’ who oversaw the economic and political aspects of French society.  In general, it was an important time in the French Revolution for several reasons. 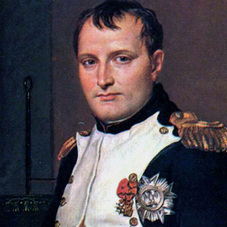 Napoleon Bonaparte
First, the economy of France was in a constant state of crisis during the four years of the Directory.  In 1795, France’s treasury was nearly empty and money had lost nearly all of its value.  The directors tried to respond but, in general, the country’s economy slowed and became stagnant.

Second, the Directory was responsible for ending the excesses of the Reign of Terror.  The Reign of Terror had been the most violent time of the French Revolution and saw tens of thousands of people killed by guillotine.  Many of these people were executed due to the fear and paranoia of the time because radical revolutionaries wanted to prevent any and all threats to the revolution.  The Directory stopped the mass executions of the Reign of Terror and took measures to relax some of the more radical views of the time.

Third, the Directory was overthrown by Napoleon Bonaparte following his return from a successful battle in Egypt.  Napoleon returned to France in November of 1799 to find that the Directory had lost the support of many in the country.  Along with others, Napoleon carried out a coup d’état against the Directory and replaced the government with the French Consulate, with himself as the First Consul.  The French Revolution was over.