WHY WAS THE FUGITIVE SLAVE ACT OF 1793 CREATED?

HOW DID THE FUGITIVE SLAVE ACT OF 1793 WORK?

The Fugitive Slave Act of 1793 was approved on February 12th, 1793.  As stated above, the Fugitive Slave Act of 1793, essentially allowed Southern slave owners the ability to capture escaped slaves from the Northern ‘free’ states and return them to work on the Southern plantations.  Under the law, the slave owners were allowed to employ ‘agents’ to find and capture the slaves.  These ‘agents’ were essentially bounty hunters who travelled through the territory of the Northern states and found escaped slaves.  Then the agent had to take the slave before a judge to prove their identity, before the slave could be returned.  As well, anyone found guilty of assisting escaped slaves could be punished under the law with a fine.​
​

OUTCOMES OF THE FUGITIVE SLAVE ACT OF 1793

Southern slave owners who wanted to protect their businesses and property welcomed the passage of the Fugitive Slave Act of 1793.  In fact, slaves were considered a central aspect of Southern plantations, as they carried out the vast majority of the labor.  However, some slave owners argued that the law of 1793 did not do enough to protect their economic interests.  This eventually resulted in the government taking more extensive measures with the passage of the Fugitive Slave Act of 1850.​
​One of the most important aspects of the American Abolitionist Movement was the Underground Railroad.  In general, the Underground Railroad was a system under which slaves from the Southern United States could escape into the Northern United States and Canada, and is considered to have occurred from the late 1700s until the events of the American Civil War in 1863.  The Underground Railroad involved a series of routes, networks, and safe houses that escaped slaves could use as they travelled from the plantations in the south, to their freedom in the north.  The passage of the Fugitive Slave Act of 1793, led to the growth of the Underground Railroad as abolitionists helped escaped slaves flee to their freedom.  Furthermore, many of the escaped slaves began to flee further north to Canada. This was because the Fugitive Slave Act of 1793 allowed slaves to be returned to the Southern slave owners from the Northern states.  As such, many of the escaped slaves preferred to flee even further north into Canada, where they could not be returned to slavery.  In fact, estimates claim that anywhere from about 30,000 to as many as 100,000 slaves arrived in Canada during the timeframe of the Underground Railroad.  Canada was such a desired destination for the escaping slaves that it was often referred to as ‘Heaven’ or the ‘Promised Land’.

FULL TEXT OF THE FUGITIVE SLAVE ACT OF 1793 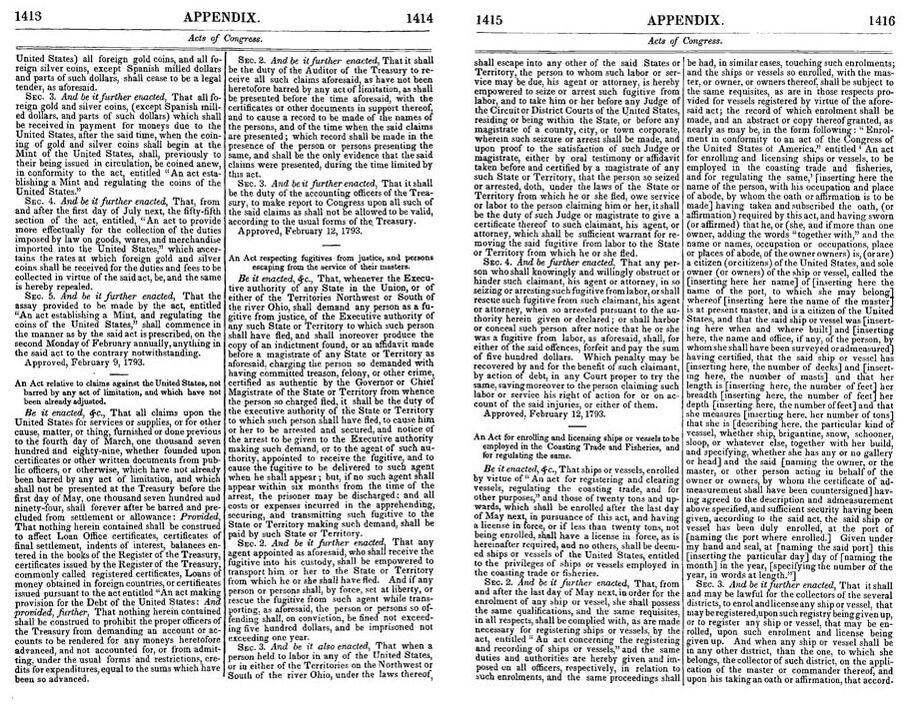